This is the third part of my series about the testing of the evidence in the JonBenet Murder Mystery. Communication was actually pretty quiet between the Bode Labs and the DA Office between the end of their conference in December 2007 until actual testing began early the next year. After first testing the panties there was no new evidence to add. But I view the fact they could not replicate the UM1 profile outside the blood spots all the more rare for his DNA to be found in the wound from a sexual assault. They went on to test the white long johns with success. On this test they had something to add to the evidentiary file as described below:

I have completed testing of the cuttings from the crotch. At this point I was not able to reproduce the mixture profile; I only have data consistent with Jon Benet with no indication of a mixture. From here we could go back to the actual underpants. It appears the area where the mixture DNA profile was obtained from was on the edge of the cutting from the crotch. We could match up the cutting and determine a larger area from the underwear to cut. Going forward what would you like the next step(s) to be: test vaginal/anal swabs, test long johns, resample underwear?

On 3/27/08, at approximately 0845 hours, I spoke to Williamson about the laboratory report I received on 3/25/08. It was her opinion that the serological source of the profile developed from the two samples that matched the CODIS profile was probably not a fluid, but the result of touch contact with those areas of the item. When asked about the possibility of testing for the male contributor’s racial background, Williamson noted that due to the fact that the profile obtained was a mixture it may not be possible to perform such a test.

I then asked Williamson about the history of “touch DNA” testing. She stated that she introduced the technique to the Bode laboratory in July of 2007.  Prior to that, she had used it successfully in Australia. She noted that in a particular case involving a “serial groper” she was able to develop the suspect’s profile from touch DNA analysis of the victims’ clothing. The success of the technique depends on how long the contact was made and how much DNA the depositor sheds. She explained that the touch DNA technique involves shaving the outer surface of a substrate (such as clothing), rather than cutting out a sample of the material. With the cutting method, the wearer of the clothing’s DNA profile often overwhelms or masks the profile of the touch depositor.

Williamson suggested that a database search be conducted to compare the unknown male profile to deceased victims of homicides or suspicious suicides. She noted that such searches have resulted in database matches in Baltimore, Maryland. 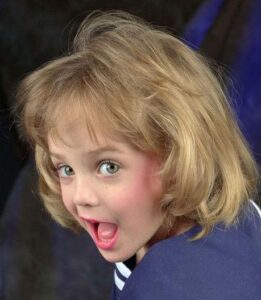